MySQL database server provides an easy to implement and uses ANSI SQL syntax with wide implementation for many programming platforms. It is still open source licensed for the Community Edition as GPL (see details at mysql.com).


Both versions are known to support current SQL standards, being SQL:2008.

Since using MySQL Community Edition version 5.6.21, something strange has been happening every midnight. A DOS like prompt pops up and very quickly does "something", which does NOT really allow me the time to read the messages and then it goes away (disappears). On one occasion I managed to capture that screen as the database it was trying to reach was not connected and here is how that screen looks like. 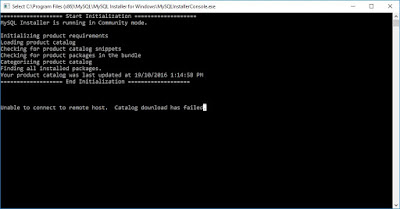 Apparently it was updating the MySQL catalogue, pretty harmless. The problem that I can see;

One could either disable the update process or assign it to another pre-defined time. On MS Windows 10, here are the steps to do either.

Click the MS Windows Start and type; mysql installer
Click the Desktop App that appears. An upgrade my be required, proceed with the upgrade. 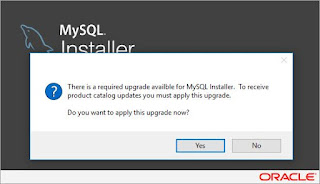 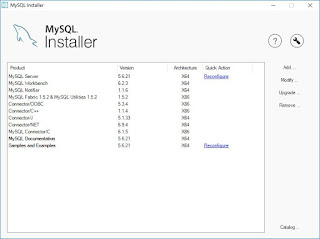 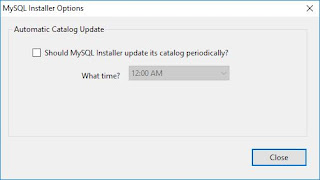 
Version control system is used to manage versions of files and is used widely with programming source codes. Common examples are SVN and Git.

Here is an example of the using GIT with Heroku (Working with GIT2). It demonstrates the git command for;

Typical process to prepare a folder where files are to be tracked/staged uses the commands init, status and add. It would be good to have created a folder with 4 or 5 files and try out the following commands.

At this time, a folder to manage the repository is created with the name ".git". Have a look at content of the files in this folder.


To remove a file from being tracked.

Process to place files into the repository.

Cache and other files that should not be kept in the repository or tracked, can be listed in a file ".gitignore" within that folder. Example to ignore the folder "temp" and file "nofile.txt".