As a note, if the admin password is lost or forgotten, there is a way to access the admin console for the D-Link routers (DIR-615) before 2015.

Some people say, better to just don't share it but, some may say that its public knowledge anyways.

Method 1: Brute force attack. Or in layman term, guess the admin password (Its either empty or admin).
Method 2: Use a feature within the router. Not sure if newer routers have the same feature. See below;

This should show the admin page of the router.

Update:
TM unifi has updated their routers remotely. Please check, if you see your password displayed, contact them for a fix.
No comments: Links to this post

Raspberry Pi: Getting Started with OSMC

After getting the Raspberry Pi 2 (RPI), NOOB SDcard from Element14 started up without a network cable. Only 3 option for the OS is shown as it boot from the NOOB SDcard (yes, it has to be plugged in)

Plugged in the networking cable and restarted RPI. This time, it loaded the remaider of the OS like OSMC and OpenElect.

OSMC (Open source Media Center), is a Debian based Linux operating system. Fomerly known as Raspbmc.  OSMC features an application store for TV use. Kodi is an application included for handling multimedia locally or online on OSMC.

Kodi or formerly known as XBMC, is an open source software (GPL) for handling of videos, music and pictures. Live TV can be viewed via Kodi and its add-ons expand its use. The support of UPnP allows streaming of Kodi to any other Kodi instances. Its like multi screen mirror display.

Here are steps to start off with the OSMC operating system.

Boot up the RPI. It goes into the RPI boot screen, press the "SHIFT" key to bring up the editing screen. Click on OSMC for PI2 and press "Enter" and an "x" will appear for the OSMC.

Press "Esc" and it should start downloading OSMC and install. Once done, it reboots to OSMC.

What does this mean? OSMC got the wrong resolution or the TV did not support multiple modes automatically.

In the same network, open the SSH client (Putty) and connect to the RPI via IP address.
username: osmc
password: osmc

At the command line type:

Identify which mode is being used that is causing the problem.
tvservice -s

Output that I got:

Reboot RPI, and as it loads press "SHIFT" until the edit boot screen appears. Click on OSMC and choose "Edit config". 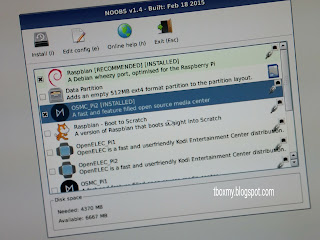 Changed the value to match below. E.g. to use alternative mode, change hdmi_mode from 16 to 4. 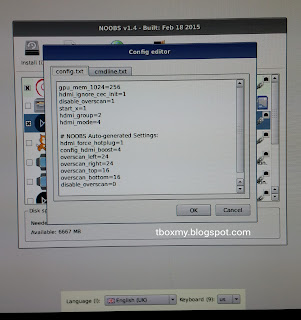 Keep changing the value of the mode until it works and display Kodi with default OSMC skin/template. 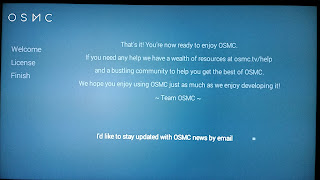 Where can I find a tiny little computer that can be programmed and cost under RM300? Lots of tablets floating around but I finally settled with just a bare computer, the Raspberry Pi 2.

Bare computer with NO monitor, keyboard or mouse.

What can be done with Raspberry Pi? Here is a short list;
Just release in 2015, here are the specs for Raspberry Pi 2.

How to get this done?

Read the Setting up instructions, and buy the components. 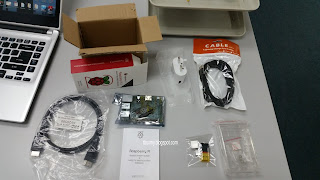 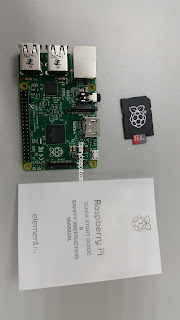 Try joining a Raspberry group like that in Googleplus.

To start off, an operating system needs to be selected from one of many;
To be continued...

Centos linux status can be read from so many ways. Ryan Sawhill provides a nice layout of so many reporting formats in xsos. The source and documentation is fairly well prepared at https://github.com/ryran/xsos

Requirements: one of it is BASH 4

Example of some of the reports; 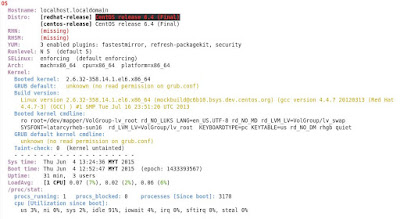 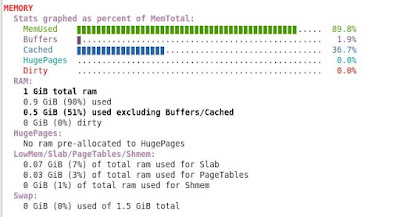 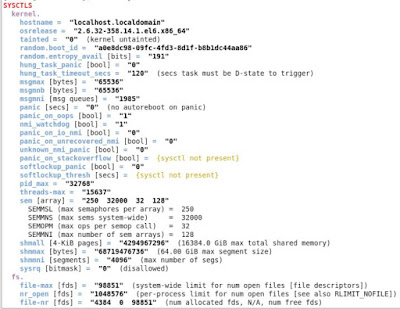 It is a really handy tool to prepare documentation and analyse status for troubleshooting.