Nodejs provides JavaScript with a way to optimise single threaded and single CPU core processing.
NPM is a package manager to deliver applications. Its like yum on Centos linux.

In this case, I am installing Cordova for Android development on Centos 7.4 and it required nodejs along with npm. Hence, this article came along the way. 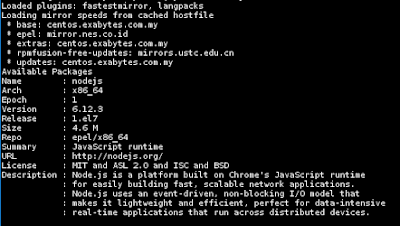 Create this script and name it as helloworld.js to test on a command line and the web browser.

This should display the output on the command line.
Next, open a web browser and type the following url

Continue with Cordova installation from previous article.
No comments: Links to this post

On Linux systems (Centos, Fedora, Ubuntu, Mint, Puppy), a running application is identified by one or more processes. Example when running a document with LibreOffice Writer, the process thats related is oosplash and soffice.bin as can be seen below.

What is a defunct process? 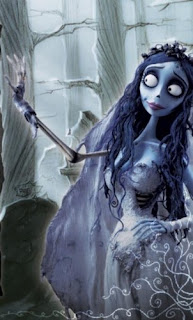 A "defunct" processes is referred as a dead process that still hogs memory resources. Its not much a problem having a defunct process, but when the system starts to have more defunct processes, the system can slow down and affect applications.

This defunct or dead process that still lingers on the system is also known as zombie process. Most appropriate, like in a horror flick! You can't kill a zombie that is already dead, so what can you do? Watch the next zombie show and try figuring that out. Luckily, on Linux systems, a zombie doesn't go around attacking or destroying resources. It only lingers on, hogging on to resources once given to it when it was a live process, at one time.

What brings about this zombie? On Linux its mostly due to bad programming that lead to errors and bugs that are not handled by the application itself.

Don't attempt to bring back to live a zombie process. Seek out the zombie and terminate from the system. Here are commands to handle an example zombie processes (defunct) with process id 5277.

Notice the word "defunct" and status as Z (for zombie) for the process 5277. That, is our zombie. Did you find any zombie's in your system?

The command kill is used to terminate any process and free system resources such a memory (RAM). The problem with zombie processes is that, they are dead, and can't be killed (not most of the time). What is done however, is to identify the parent process (the one responsible for creating the zombie) and terminate that process.

That is the end of the zombie. In some cases, a zombie might be holding on to a resource and it will take sometime for it to detach (give it a bit of a wait).

There are other methods to look for zombies. E.g. the ps command provides a method of displaying the parent hierarchy as follows;
$ ps xlf |grep defunct

Or in the command top, look at the second line for number of zombie processes.

What if the zombie keeps appearing on a daily basis for the same process?

This is a problem, but sometimes its not apparent as zombie's live among the running processes without bothering anyone. Let me know if you have other than the suggestions I have list below.

After opening VNC Viewer on MS Windows 10 and connecting to the Centos 7, the desktop appears as planned. However, there is an error when running some apps such as system-config-printer. The error is

Good to note that the VNC server was providing the session at display 1 on port 5901. If you are running the display on another port, it wouldn't matter.

At the user's terminal (AND as that user NOT sudo or root), add localhost to the xhost permission. Type

And this allows system-config-printer to run. 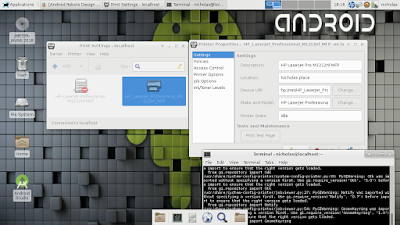 What would be the first thing in programming? A simple use of variable and user text input comes to mind. Following the previous post (link here), the Cordova programming environment is set up for Android. The existing files will be edited to do the following;

The HelloWorldApp when started, will prompt the user to enter a city name. 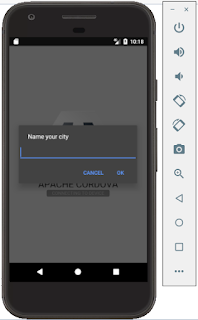 The user enters a city name and press "OK" button. The city name will be displayed on the app. 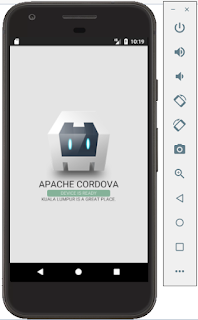 Using a text editor, open the file index.html in HelloWorld/www and replace the previous <p> tag with the text "Hello World" with;

Step 2. Prompt user at apps startup and display the reply.

Open the file index.js in HelloWorld/www/js

Activate the getAnswer function in the initialize:function( )by adding after document.addEventListener(...);

Step 3. Build and launch the app.

This will launch the default emulator.

In order to test the app, at any time after editing to the source files, just follow this Step 3.

Android emulator error:
The connection to the server was unsuccessful. (file:///android_assets/www/index.html)

Edit the file config.xml in HelloWorld folder. Add the following line after the </platform> tag.

Build and launch the app.

How to Install Cordova for Android Development

One challenge in developing a mobile application is in choosing a mobile environment. Apache Cordova allows building of an application through the use of Java for Android, AngularJS, SCSS to create reusable code across platforms. I suggest that some study is done on those languages in order to fast track learning. Cordova supports several development platforms, for this article, its focus is on Android platform.

Here are the steps to get started on a command line with installation of Cordova and launching the Android emulator on MS Windows 10 (version 10.0.16299). All the versions mentioned here are those that I am using for this article.

Then at the command prompt type (do not type the dollar sign);
$ npm install -g cordova

Open the folder platforms, notice it is empty.


Open and identify the codes in index.html located at
HelloWorld\www

When it is the first time creating a project, the target platform has to be added. Here its created in a folder CordovaProject.
$ cordova platform add android

Have a look at the Android source files are located at MainActivity.java in


Each time the apps code is modified, the project is compiled and run in an emulator OR on a mobile device. Compile and build the project for the Android platform.
$ cordova build android


If you intend to plug in your Android device to run the app, or  start the apps in an external device, type
$ cordova run android 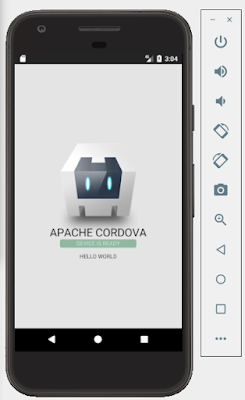