What is OpenStack? Some Figures and statistics.

Cloud computing is still gaining some interest in public and private organisations. Many large organisations have shown interest and support for OpenStack as a software to deliver cloud platforms. With the source code to OpenStack freely accessible and welcomes community participation via the Foundation, it has also grown into an operating system of its own.

Recognition of the companies contributing to some parts of OpenStack include;
Those who are keen, should look up these developers to see how they contribute to the project.

There are some statistics that may be of interest at Openstack Activity Dashboard. Number are just numbers, but it makes lots of nice charts and puts some perspective of the project.

Contribution by companies like HP, IBM and Red Hat; 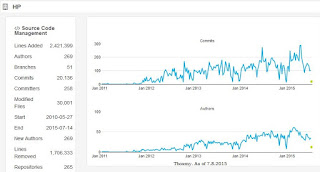 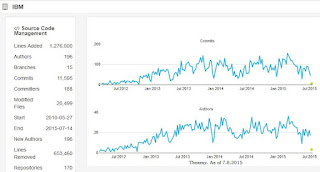 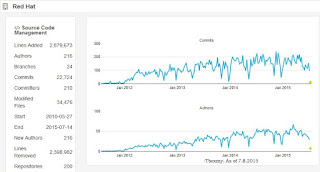 There is a Malaysian OpenStack meetup on 13th Aug 2015 (Event), and its free.